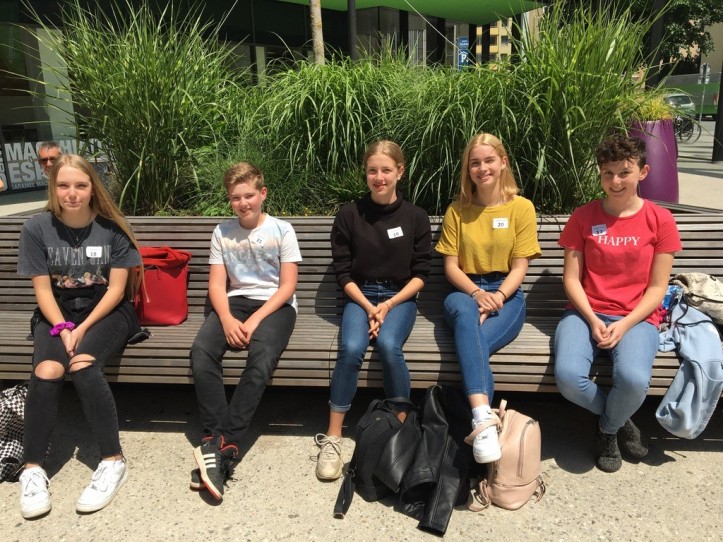 Choosing to take the exam was one of the best educational decisions I made in the 4 years of secondary school. It had not always been easy – that is for sure. But the feeling you get after you have managed to do the exam is just indescribable. It is literally like a huge burden falls from your shoulders. Feelings of happiness and relief took over me. I would repeat doing the Exam over and over again if I could experience this feeling once more. Therefore it was and still is absolutely worth it!

I could not imagine a better teacher to prepare us for the exam as Mrs. Spielberger had been. She always provided great preparation material and gave extremely helpful advice. Additionally this year is not easy for all of us – the impacts of the COVID-19 pandemic are noticeable for everyone. Despite that we still had a great “preparation time” which had included a lot of video conferences. As a result it was definitely manageable to do the exam – but of course I cannot deny that I had not been nervous.

All in all I am thankful for the great opportunity our school offers and I would recommend everyone to at least try the Cambridge lessons and hopefully the exam!

Letter to a friend (Julia Plomberger 4B)

Dear Max,
I heard that you are taking the Cambridge exam soon, so I want to help and tell you a little bit about my experience and the exam day.

First of all, you need to be sure that you are well prepared for the exam. For me, that wasn’t a big problem at all because I took Cambridge exam lessons at school and had many nice people to practice with. It is really good to have a friend that you can practice the speaking part and study with. There are also many mock exams and practise exercises available online and it really helps to do them.

On the exam day, I got up early and checked if I got everything in my backpack. I really recommend you to do that, too. You have to have your ID, a pencil and a pen with you. I also suggest you to have money, a clear plastic bottle with tap water and something to eat in your bag.

Be sure to be 30 minutes early before the first part starts. My exam took place at the WIFI in Salzburg and I went by bus with my teacher and schoolmates. For me, that was really helpful because I felt like I wasn’t alone and I had people to talk to. Nonetheless, I was really nervous and scared of failure. I was really anxious, especially before the first part. But after that I calmed down pretty fast and could concentrate on the exam.

Remember, when you haven’t got a good feeling after one part of the exam, you can still pass it when you score good enough on the other parts, so don’t worry. During the exam, you are not allowed to speak, although you can always ask the invigilators if you have got any questions. You have got enough time to finish the exam, so don’t worry about the time. After each part you have got a little break in which you can drink something and go to the bathroom. Then you are going to have a big lunch break in which you can go to a restaurant or buy something to eat. I really liked that break because that was the perfect opportunity to spend time with my schoolmates and relax a little bit without thinking about the exam.

The last part I had to do was Speaking, and it took place after the big break, so we could talk in english and practise a little bit before that. The Speaking part was the one I was most nervous about but in retrospect it was really fun to have a conversation and answer questions about myself. I knew the girl I had the speaking with so that also helped me a lot

because I was comfortable around her. After the exam I felt really relieved and happy because I finished it.

In the end, it was all worth it and all in all a great experience. Remember that you should not put yourself under pressure and that it is okay to fail. Learn from the experience and enjoy the exam day. You can do it!

Let me know how the exam went for you, I wish you good luck!

The Cambridge Exam  (David Peregrine 4A)

I woke up at 6 am today, I was really tired and I felt a bit nervous, but it wasn’t too bad.

In the bus I felt a lot more nervous than before and about 10 Minuten before the exam I was literally shaking. It was awful! But I tried to focus and it worked. I am really annoyed though because I don’t know if it went well or not.

The next part was writing and it was horrible! We had to write two texts and after I finished the first one I realized how bad it was.

I thought that it can’t get worse that that. But it did. The second text didn’t make any sense at all. Every decision I made was wrong. I chose the hardest text because I thought that I knew what to write about. When I knew that I had made a mistake, I still had 45 minutes time to change something. I was thinking of writing a different text, but I decided to leave it, how it was. That was another big mistake. I regretted my decision immediately after I handed in my sheets.

The next part was listening. It was the easiest one by far. Even though my focus was gone and I had a bit of a headache, it went really well. After that we had a 3.5 hour break. I didn’t like that at all. I wanted to finish the test as quickly as possible but I couldn’t change anything, so I just tried to focus on the speaking.

So after that three and a half hour break I had the speaking test. This was my opportunity to pull this back. I was so nervous, I couldn’t believe it myself! I didn’t mess up a lot… OK I messed up a few things… OK I messed up a lot! I talked so much nonsense that I just wanted to leave the room.

I don’t know how to feel about it overall. I did well… But I also didn’t.

I hope it was enough in the end, but I won’t be surprised if I only get B1.

My experience of the Cambridge Exam    (Lisa Graf 4A)

What many of you probably already know is, that you’re able to join the cambridge course in second grade. On from that moment you learn essential english skills which will not only give you an advantage in your regular english lessons, but are also necessary to pass the exam which takes place in fourth grade.

I entered the course because my teacher told me that that would might be a good opportunity to improve my english. As time passed, the day of the final test came by very quickly, and even though we did a sample exam to know which level we’re going to attend, I felt quite nervous. But I knew Mrs. Spielberger did a great job preparing us for the test, so that unpleasant feeling disappeared as soon as I thought about that.

On the day of the exam we all went to salzburg, more specifically to the WIFI together by bus. As soon as we got there we’ve already noticed that most candidates were way older than we were, that was probably because the test was on such a high level. And I have to admit that that made me feel a bit uncertain, but in the end it wasn’t that big a deal.

The test consists of four parts: Reading & Use of english, Writing, Listening and Speaking. While the first three parts take about 1h 30 min each, the speaking part only takes 15 minutes.

At around 8:30 we entered the exam room, the keepers assigned us a seat and 15 minutes later the first part of the test started. I was kinda nervous in the beginning but as the time went on I felt more secure each minute. As soon as we had finished, we left the room and had a break which took about 30 minutes. Subsequently we did the other two parts, also with a break in between.

The last part took place after lunch break and as I mentioned earlier it only took 15 minutes, so I was pretty confident about it.

In conclusion I’d say that the whole day was a success, not only because I think it went pretty okay, but also because it was a great experience which gave me prospect of the preparation for such an exam and the atmosphere in such a tense situation.

My Cambridge Experience   (Katharina Steinbichler 4B)

When we first arrived at the WIFI we had to put our phones in a bag and got them after the first 3 parts. There was this big room with probably fifty people and you had to search for your specific table. I was really nervous before the first exam and all the other candidates were older than us, probably 18 or something, but it was no big deal afterwards. The other two parts went by really quickly, the most difficult one for me was the writing, but I could have told you that before.

In our break we (Julia, David and me) went to a local Spar and bought some drinks. We talked with each other about the exam and then went back to the WIFI. I was so nervous about the speaking part, because I would get paired with a stranger, but in the end the my speaking partner and the examiner were so nice to me. Still I’m not sure about how good I was in the exam, but I hope for the best. 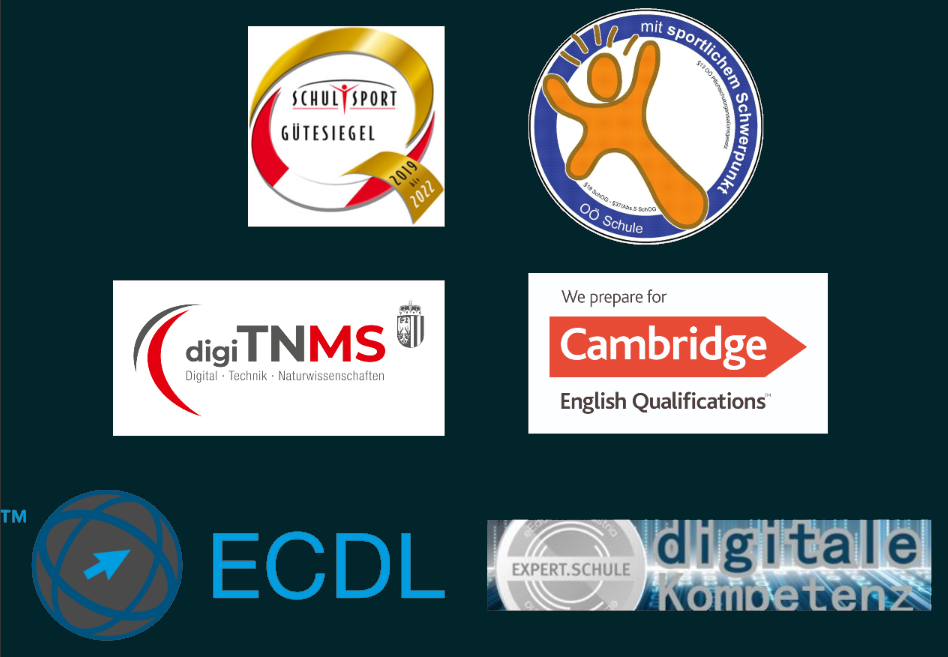 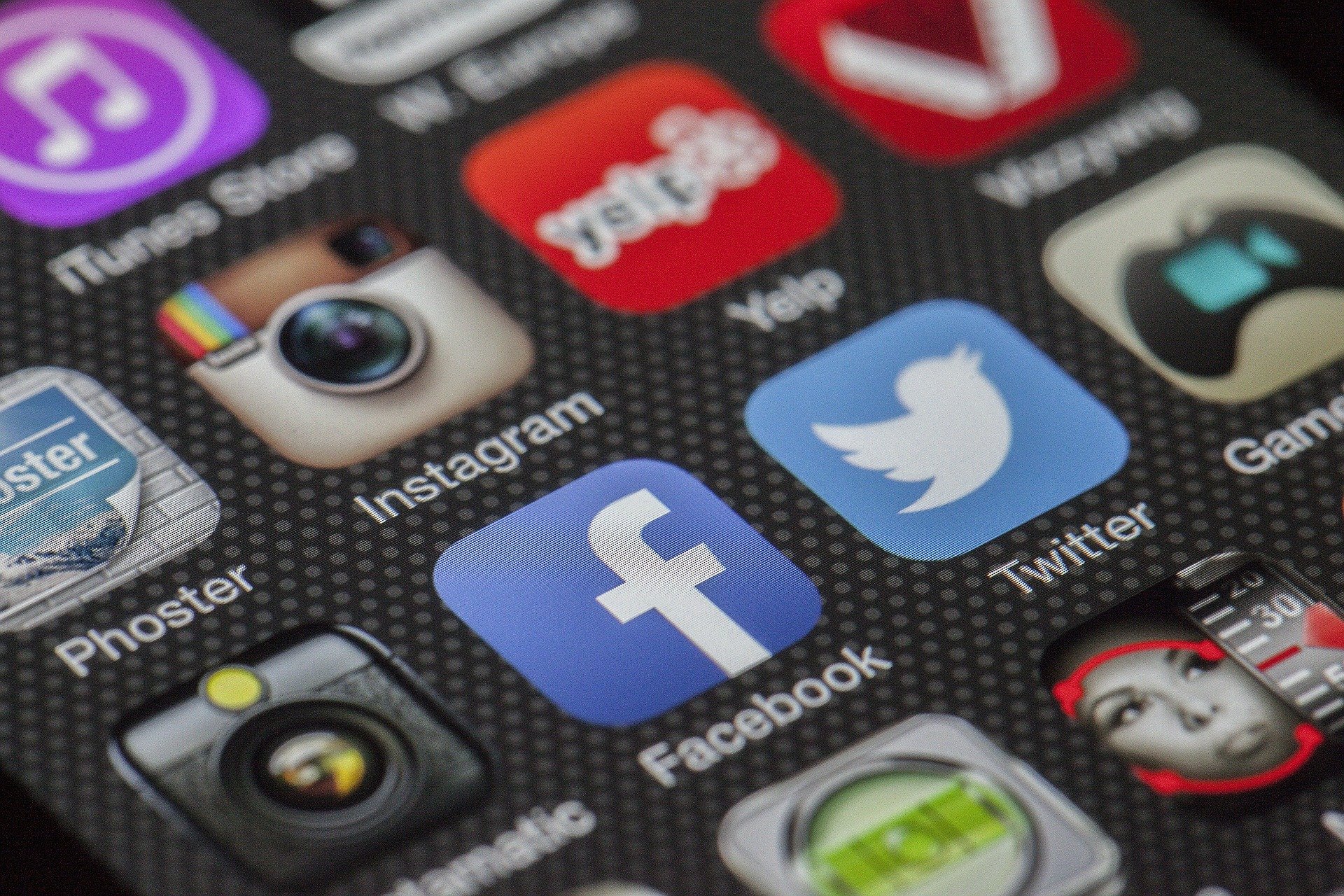